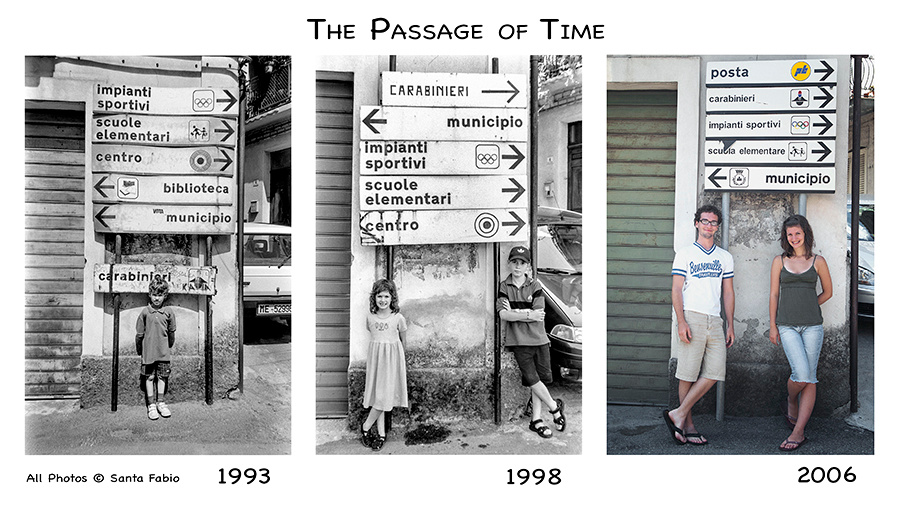 Detroit and the entire photographic community has taken a huge hit, and I'm not sure that either one will ever thrive again. It would be nice so, I will remain optimistic for the time being. Optimistic in that I will be able to withstand the lack of employment and the downhill spiraling of professional, photographic rates that began years ago.

So, with the increase amount of valuable free time at my disposal, I chose to complete a profoundly, personal photographic project. From 1985 until two years ago, I have been documenting the village in Sicily where my parents are from. It began small, with only a few rolls of film shot, and grew into an impressive project that I am please with. Thousands of images were made during this period. I was able to look back at the amount of time that passed, and it offered me the opportunity to compare and contrast the town and its people.

Lately, new best friend has been the Nikon film scanner I used to take my black and white analog images, and convert them to digital. It took me months to win a bid on-line to get a used Nikon PB-6 with the PS-6 slide copy attachment, since Nikon no longer produces this fine piece of equipment. It truly has been one of the best investments I could have made for the digital conversion of these images.

From the camera scans I took the raw files into Lightroom, and made minor adjustments. From there the image went over to Photoshop and other programs to produce the black and white tones I felt represented my traditional darkroom approach, with out the chemicals or the smell!

So, after twenty-nine years, I have just finished my first draft of a 240-page Blurb book, which I plan on taking to Sicily and collect stories from the people photographed in it. (Paul Strand’s book Un Paese is my inspiration.) My goal is to give this city a rich legacy that it deserves for its contributions to the regional history of Italy.

The hard copy arrives the early part of April and I am anxious to put this first volume in my hands. It’s not quite ready to be viewed by the masses, but as soon as I have a few editing parties, a more refined version will be out, and my goal is to have it commercial published and sold.

My traveling companions for many of these trips have been my children and one of our favorite places to take their photos is by this sign. They have grown and changed as so has this little town nestled in a valley by the Mediterranean Sea.

Not all can be competent, professional photographers. It takes skill, dedication and time to see the world in which we do. A client who only hires based on price will never see our value, but a client who hires us based on our knowledge will always trust that we have their best interests at heart.

We are worth it.

All Images taken with Nikon Camera's.