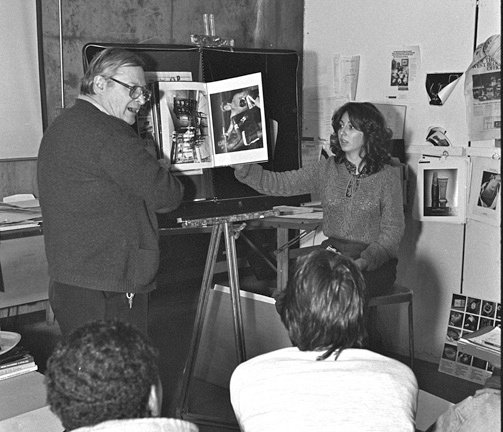 Seems like yesterday I put a camera in my hand and began to create images, not 4 decades ago. The joy, challenges and excitement of creation fill my photographic world with the unexpected. I love it; probably even more today than I did when I was a teenager. Mainly, it is because of the new technology that allows me to stretch my creativity even more than I could when I only photographed in black and white.

In the very beginning of my photography career, there were three amazing mentors who guided me on this creative path, and I feel eternally blessed to have had the opportunity to learn from some of the best. The first is my dear friend and Magnum photographer Eli Reed. When I was just starting out, I did what my instructors said I should do and began clipping photographs from newspapers that I admired, and his photographs filled my folder. Little did I know, that he soon would be working at the Detroit News and, that we would be my first mentor and friend. It is because of Eli that I was able to win my first internship at the Detroit News. I left the little suburban weekly newspaper I had worked at for over two years, to enter the "gray lady" on Lafayette Blvd. in Detroit. I can still remember the awe I felt when I walked into the lobby all those years ago. I was a 21 year-old wanting to soak up all the knowledge I could during those three months of my internship. I was working with legends.

The second mentor was my instructor at the College of Creative Studies (CCS), Walter Farynk. To this day I have all the notes and assignments he gave us in class. He pushed me to be my best, and I even became his guest speaker in his other classes. He was a gracious person, and spent extra time with me at his studio in Troy. Walter was instrumental in crafting my vision, and when I left his class I knew I had a stronger footing on which to build my craft. (The photo above was taken during one of my guest lectures at CCS.)

While I was in the mist of my internship with the Detroit News, I began looking for another internship the following summer. I boldly walked up Lafayette Blvd., to another building where the Detroit Free Press was. Little did I know that Tony Spina, chief photographer of the Free Press, would be my third mentor. As far as I know, I am the only person to have back-to-back internships at both of Detroit's major newspapers. Tony and I hit it off right away, it could have been that we shared the same Italian heritage, but I think he did see potential in my abilities. An added bonus was that he taught at CCS and I was one of his pupils.

Eli, Walter and Tony changed my world for the better. One of my favorite photographs of Detroit was taken from Eli's apartment. I remember banging on his door after class, so we could have lunch together before he went to work. It was heartbreaking for me when he went to the San Francisco Examiner, but we have kept in touch. I have purchased all of his books and have all the memories of our time together. He is truly one of the greatest photographers and does not get the recognition he deserves. Yes, I am biased, but he has been called "The Gentle Giant", and yes he is tall, but he is also modest. He has been teaching in Austin, TX for several years now, and his students are so lucky to have him as their mentor!

As a person and as a creative, everyday is an opportunity to learn, to grow and to change, hopefully for the better. College was the way I was able to get the basics; my real work experience and the guidance of my mentors gave me the strength to face the photographic challenges that lay ahead of me each and every day.

One of my favorite Eli Reed books can be found here.