Aretha Franklin ... My Twenty Minutes With A Legend. RIP

Presidents, captains of industry and professional sports players have stood in front of my camera through out the years, so I’m not prone to being star-struck. Every one I photograph is treated exactly the way I want to be treated: with respect and dignity. For me, what matters most is creating the best image possible for the client. Never have I waivered from that goal, and it truly is an honor to photograph all those I’ve met, for their lives enrich mine.

A few years back I was tongue tied for the very first time. My saga began with being assigned to photograph our Detroit Diva, Aretha Franklin at the church where her father was the pastor and she sang. It was an exciting opportunity; I had done my homework and knew exactly how I wanted to photograph her.

Arriving my normal two hours before the shoot, my assistant and I set up all the lights. My window to shoot was a mere 20 minutes to make my images, and as I raised my Nikon, I became speechless. It dawned me that the woman I have been listening to as a child: Aretha Louise Franklin, one of my idols, was in front of me.

All I could hear coming out of my mouth was babbling and I began to panic. Never experiencing this type of anxiety was surprising. As my mind raced to form words, I closed my eyes and stopped moving.

When I opened them my mind was clear. I simply told her the truth. I said, “Ms. Franklin I have grown up with your music since I was a child. You are a gifted performer, and my goal here is to make you look as beautiful as you are.”

The next twenty minutes were heaven, and when she began softly singing one of her songs I thought angels had descended around me. With 18 total Grammy awards she has been named the “Queen of Soul” and her voice supports it. Who can ever forget her cult classic scene in 1980 Blues Brothers movie when she sings the song Respect to John Belushi and Dan Aykroyd?

The Rock and Roll Hall of Fame artist, Aretha Franklin is a legend, who still has the talent and drive to make music, and I’m proud to have been able to photograph her. It truly is a highlight of my career. Ms. Franklin comes out with a new collection of songs today called, Aretha Franklin Sings the Great Diva Classics. Can’t wait to have it in my collection.

Thank you Ms. Franklin for your talent and your graciousness. It was an honor and a privilege to meet you.

May you now rest in peace. 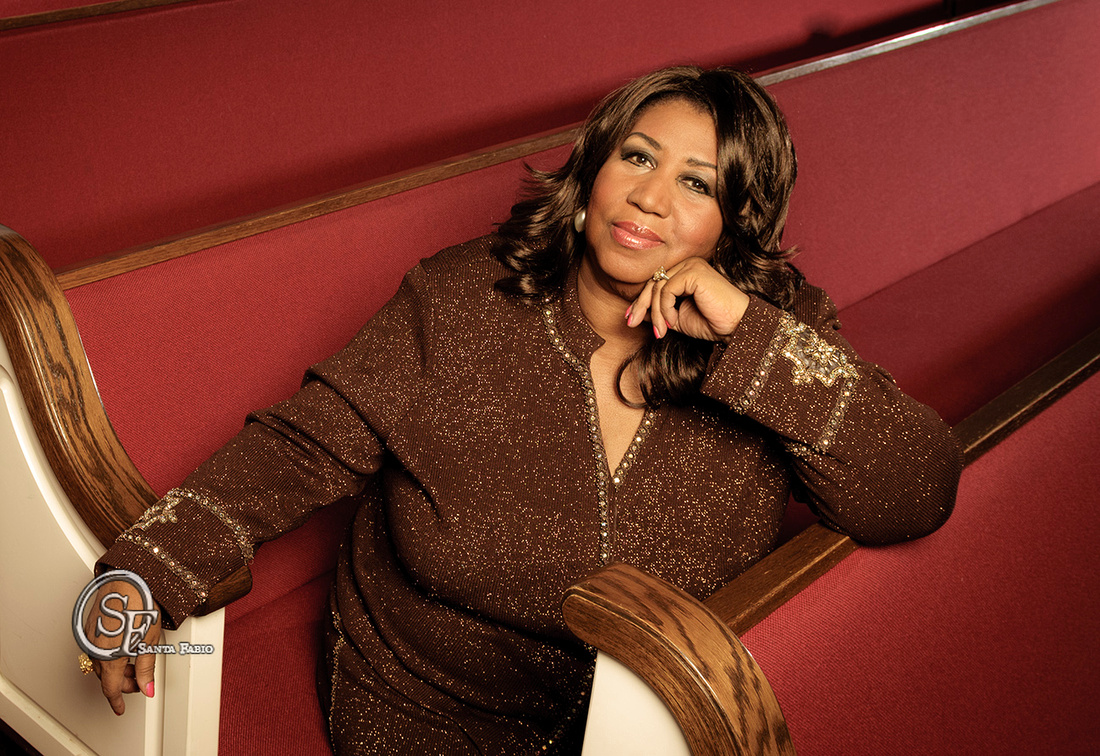 Images taken with a Nikon D2XS.

Not affiliated with Ms. Franklin in any way.