I must be the only one

I might just be the only one on this planet who did not care for the Godfather movies one bit. So sorry Mr. Coppola, but I am more of a sic-fi and drama moviegoer. Grew up swooning over Harrison Ford in "Star Wars" and cheering for the lovable "ET" that wanted to phone home. I leave horror and blood and guts films for others to support.

When the first movie was released, I was too young to see it on it's first run and when I finally did, it was the scene where Santino was killed in the tollbooth during a bloody round of bullets that I swore I would never see that movie again, and I have not. I find the glorification of crime figures not to my liking. My parents originate from Sicily. They were diligent, hard working, honest people of modest means. Of that, I am so proud of them and the rest of my family. They came to this country as immigrants to pursue the "American Dream" and my father instilled in us the drive and ambition to work hard, legally, and rely on our own means to be successful. So when I received my bachelor's degree it was the proudest moment of my life, for I was the first in my family to graduate from college and I accomplished and paid for it all on my own.

That being said, I found out that the place where some of the Godfather was filmed was taken close to the town my parents were born in. Savoca is a hop skip and only the next town over from where I was staying this summer. I've only recently begun to venture into the Sicilian countryside so; I was intrigued to find out this fact. It was time for a day trip, and in our little 5 speed Fiat Punto, we went down one hilly curvy road, down to the one that parallels the pristine beach and back up a much steeper curvy, hairpin turn road up to the town. 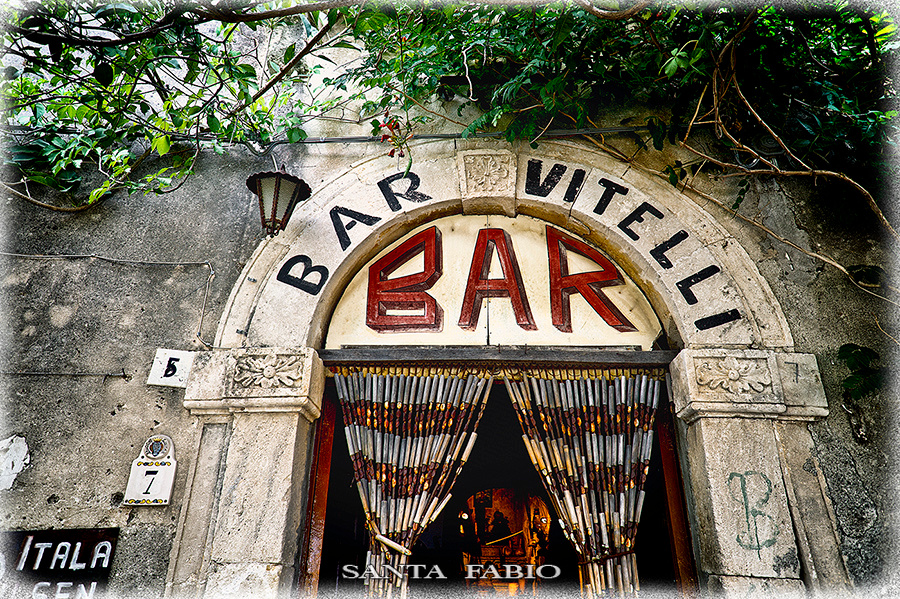 The day was exceptional and the view was magnificent. With only 350 inhabitants this small village is dominated by the landscape of churches. We got lost and wound up parking in front of a historic church where they used to mummify the decayed corpses of the town's former dignitaries that are over 300 years old and reside in the catacombs that we finally found. (It's not as if this little town had many roads, just that they were not marked and it didn't take long to circle the entire village and have all the natives, hanging out on their front balconies stare at the lost American tourists.) Being that I speak fluent Italian, I was able to talk to some of the residents and return to where we needed to go.

We spent close to an hour in the crypt of the Convent of the Frati Minori Cappuccini, learning about the history of the 35 or so "noteworthy" mummies from our very knowledgeable Hungarian, Italian-speaking guide. Their preservation was fascinating for it was a rare glimpse into the lives and dress of the people from so long ago. Unlike Egyptian mummies, these priests and business people were mummified with their street clothes on. The town is in the process of restoring the catacombs to its original splendor, so I will need to return. It is a noteworthy place to visit.

Our next stop on our itinerary  was to escape the oppressive heat and visit Bar Vitelli. Here was a more recent history of only 40 years past. Inside were old, faded photos of the cast and crew of the Godfather, but I skimmed over them for it was the food and the view from the open aired terrace overlooking the Mediterranean Sea below that I was most interested in. The cheesy "Godfather" souvenirs were a definite turn off. We sat just to the left of this doorway, under a trellis of hanging vines and enjoyed the most delicious granita al limone I have ever had, while my husband had an almond/hazelnut tort with a glass of limoncello. I could just imagine the flurry of activity seen at that bar during the filming of the movie. Now, it is more subdued with tourists of all countries soaking up the atmosphere and sitting in the cool shade of the bar's colorful doorway, or "portone".

Sicily is a beautiful "isola" island filled with warm, caring people, an interesting history, scrumptious food and spectacular views. I am fortunate to have the opportunity to visit my homeland at every chance.

What was the last movie I saw you ask? Well, I highly recommend Ann Rand's "Atlas Shrugged Part II." With our political front being in the news so much now, this movie definitely is a conversation starter.